Living Authentically: it can and does take lives

This last Thursday, November 20th, was Transgender Day of Remembrance. This is the one day a year that is dedicated in memorializing those we have lost to transphobia and violence. People all over the world get together to say the names of those lost and light a candle in their memory.

This was my third year in attending a memorial service. The entire day weighed heavy on my heart. I found myself throughout the day weeping in anger and sadness. I also found myself feeling guilty.

I am a huge believer in everyone finding their authentic self and embodying this authenticity. Authenticity is what I believe would allow the world to heal, connect, and grow together and individually. With that being said, I have to constantly remind myself that it isn’t always as safe or possible for others to be their authentic self. For some, it has cost them their lives. The guilt came over me as I was driving to a self care appointment.

I had found myself in a memory from when I was much younger. I had been in a car with by brother who was verbally attacked and threatened in a grocery store parking lot late at night. That night I realized that no matter how much I accepted him, he was not safe. I had shoved this memory into the back of my mind hoping that if I didn’t think about it, it couldn’t confirm my fears that are still present. It came rushing back when he had shared his gratitude earlier in the day for not being one of the names that would be said at the service that night. Hearing this rocked my world. It scared me. It reminded me that this memory was not only mine, but his lived experience, again and again.

I wept and felt the guilt wash over me like an icy cold waterfall. It caused me to shake my head.  It reminded me that I walk this earth with much privilege. Yes, I am a woman of color yet, I am a cisgender, heterosexual, monogamous, married woman who is educated and able bodied. I get the privilege to be authentic because my authenticity does not cause fear in others. My authenticity doesn’t challenge people’s beliefs. My authenticity is “safe” to most people.

I wanted to scream and shout. I wanted an answer. Why are so many losing their lives? Why do so many have to hide in shame? Although, I have a strong sense of the why, I do not understand it, I never will.

6pm rolled around and I met my brother for the candlelight memorial. I kept my tears and realization behind a smile. It was almost as if I allowed the tears to flow in front of others, I would not be able to stop. Perhaps if I said aloud what I was feeling and thinking, it would become true.

Last year there were 270 names that were said in memorial. I remembered seeing a sea of candles, all 270, in different sizes and colors, one for each precious soul. This year, I had the honor of helping set out the black and red table cloths and the candles. We were asked to count out 82 candles, again one for each person. This felt like a small victory knowing there were fewer names to say while also knowing that one is too many; 82 is heartbreaking.

As the service began, it was brought to our attention that the number of 82 was inaccurate, there were 230* people we were to mourn and remember. The feelings of defeat took over. I looked over at my loved one and knew he felt the same. We wondered when this day would only be for memorializing all who had been lost in years past with no new names to add.

Throughout the service, you could feel the sadness, the loss, and the wish for better.

There were several who spoke. Once everyone was done speaking, the names were said. This is always the heart wrenching part. Each volunteer says the name on the piece of paper as if it is their name and they speak in the first person. They share how they lost their life along with their age and where they were. The sadness was overwhelming. The pain in my heart was vibrating and yet I could not cry.

We were surrounded by others who were present to mourn with us. Cries and sobs were mostly quiet. There was one individual who would cry out every so often. All I could think was perhaps the names or descriptions were too much for them, maybe resonated with them, or worse, was one of their loved ones.

After all of the candles were lit, there were three more candles lit. One in memory of all of the lives lost to suicide, 41% of the trans and gender nonconforming population will attempt suicide. The individual who had cried out several times completely lost it at this moment. I wondered if they had lost someone to suicide, lost several, or perhaps they had attempted? I felt such empathy for them and I finally allowed myself to cry.

The next candle was lit for the all of the other names we did not have. Even with the deaths documented, there are so many others that we do not know about. This breaks my heart further; they will not get the justice to be remembered as they should be.

The final candle was lit for a friend and well known advocate of the Colorado trans community, Matt Kailey, who passed earlier this year.

The room hung in silence and mourning. Then the audience was invited to stand and say anything they would like. Last year every one of us said something while this year only a few did. My brother stood and honored Leslie Feinberg, a revolutionary transgender activist and author, who the community lost earlier in the week.

The individual who had cried out shared that they had lost several family members, one of which to suicide. Another stood and shared that every night they pray for the day we no longer need a Transgender Day of Remembrance. Sadly, their prayer had not been answered and so they will resume their prayer that night and every night following.

The entire time I had the anxiety rising in my belly, the same feeling I get when I have something to say. I wanted to say so much yet I couldn’t get myself to stand up. The thought of hearing my voice over the microphone made me cringe. But more so, there was this hesitancy. This thought of “who was I to stand up?” How can I imagine being in their shoes? Was my pain and fear any less than theirs?” All of this swirled in my head so loud. The guilt came again, the reminder of my privilege. And so I remained seated.

The service closed and there were refreshments provided for us to share. We were prompted to not dwell in the loss of the lives, but to celebrate their lives along with ours.

I wept again on the drive home.  My mind began to swirl. I was imagining myself standing up and saying everything I wanted to say, what I wished I would have said.

I couldn’t say it then, but I would like to say it now:

It is my hope that this next year, things will change. I will continue to fight and show up. Will you?

*this number only represents the documented lives lost.

To learn more about transgender and gender, visit: http://www.glaad.org/transgender/trans101

If you or someone you know identifies as trans, gender queer, or gender non-conforming and are contemplating suicide, please call Trans Lifeline: 1.877.565.8860 or visit, http://www.translifeline.org/

To learn more about being a Trans ally, visit: http://www.glaad.org/transgender/allies 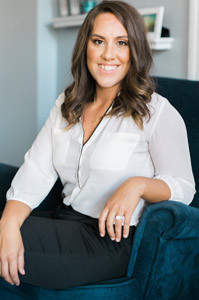 Dr. Lily A. Zehner, MFT-C is a therapist who specializes in sex, intimacy, and relationships. Her private practice is located in Denver where she helps others reach their fullest relational and sexual potential. To learn more about her and her services, please feel free to take a look around her website.